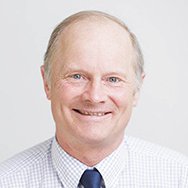 2014-2020, Director, Max Planck Institute for the Structure and Dynamics of Matter

2005-2010, Director of the Institute for Optical Sciences, University of Toronto

1995-present, Professor of Chemistry and Physics, University of Toronto

1992-1995, Professor of Chemistry and Optics, University of Rochester

1988-1992, Associate Professor of Chemistry and Optics, University of Rochester

R. J. Dwayne Miller has published over 200 research articles, one book, and several reviews. He made seminal contributions to the development of coherent multidimensional spectroscopy methods and associated ultrafast laser technology, and most notably pioneered the development of ultrabright electron sources to probe structural dynamics. The electron sources developed by his group are sufficiently bright to literally light up atomic motions in real time. He and his group were the first to capture atomic motions during the defining moments of chemistry – to directly observe the very essence of chemistry. This work accomplished one of the dream experiments in science, to bring the chemists’ collective gedanken experiment of chemistry to direct observation. It is forming the basis for a new conceptual model for chemistry based on key reaction modes that unifies structure and dynamics to guide chemical intuition. As a testimony to the importance of basic research, the very first atomic movie provided new insight into strongly driven phase transitions involved in laser ablation that led to the ultimate limit in minimally invasive laser surgery with intact molecular signatures for guidance, and scar free healing.

His research accomplishments have been recognized with an A.P. Sloan Fellowship, Camille and Henry Dreyfus Teacher-Scholar Award, Guggenheim Fellowship, Presidential Young Investigator Award (USA), Polanyi Award, Rutherford Medal in Chemistry, the Chemical Institute of Canada (CIC) Medal, and numerous named lectureships. He was inducted as a Fellow of the Royal Society of Canada, Fellow of the CIC, Fellow of the Optical Society of America, and distinguished University Professor at the University of Toronto. He received the E. Bright Wilson Award in Spectroscopy, conferred by the American Chemical Society (2015), the Centenary Prize from the Royal Society of Chemistry (2016), and Doctorate of Science Degree (honoris causa) from the University of Waterloo (2017). He recently received (Sept 2018) the European Physical Award for Laser Science for “Achieving the Fundamental Limit to Min. Invasive Surgery with Biodiagnostics” recognizing an important advance in medical applications. He is also a strong advocate for science promotion earning the McNeil Medal from the Royal Society of Canada (2011) for founding Science Rendezvous, which is the largest celebration of science (geographically at least) with over 300 events all across Canada with new initiatives for remote communities in the North, aimed to make science accessible to the general public with over 250,000 attendees annually, made possible by >6000 volunteers/researchers.